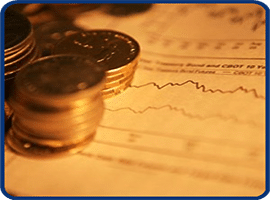 The U.S. economy added 203,000 jobs in November, according to government data released Friday morning, continuing several months of solid gains and raising hopes that the recovery is ready for takeoff.

The Labor Department report also showed that the unemployment rate fell to 7 percent — the lowest level in five years. The decline reflected a pickup in hiring rather than a shrinking labor force, which has pushed down the jobless rate in previous months. An estimated 455,000 people joined the job market in November.

Those who already are employed got a boost last month, as well. The average work week increased, and average hourly pay went up 4 cents. Over the year, wages have risen 2 percent.

“This is just a clean sweep,” said Stuart Hoffman, chief economist for PNC Financial Services Group. “It’s a very good report. It’s across the board.”

The key question is whether those improvements will be enough to convince the Federal Reserve that the economy no longer needs its support. The central bank has been pumping $85 billion a month into the recovery, and investors have been watching closely for signs that it will begin to reduce its bond-buying. Fed officials are slated to meet in Washington this month, and Friday’s data are likely to factor heavily into their decision.

Strong data from the labor market signal that the private sector is healing despite the head winds from Washington, potentially prompting the Fed to pull back on its stimulus sooner rather than later. Government spending cuts and higher taxes enacted at the beginning of the year depressed gross domestic product growth by as much as 1.5 percentage points, analysts say.

Many economists worried that the federal government shutdown and partisan gridlock over the national debt limit this fall would throw a new wrench into the recovery’s momentum. But data over the past two months showed that businesses continued to hire at a rapid clip, manufacturing activity increased and consumers spent more.

“The government shutdown was basically a nonevent,” Hoffman said.

The White House said in a statement that the recovery is gaining traction and highlighted job growth over the past four years. But the administration also nodded to the 4 million people who have been out of a job for more than six months.

“It’s really important to peel the onion to its core to understand that while we are continuing to move in the right direction in this economy, the long-term unemployed continue to suffer disproportionately,” Labor Secretary Thomas Perez said in a statement.

President Obama has called on Congress is to extend emergency unemployment benefits for those workers. Republicans have opposed the measure.

The jobs report “includes positive signs that should discourage calls for more emergency government ‘stimulus,’” House Speaker John A. Boehner (R-Ohio) said. “What our economy needs is more pro-growth solutions that get government out of the way.”

With hopes high that lawmakers will reach a deal before federal budget deadlines early next year, the runway could be clear for stronger growth in 2014. Many analysts are predicting that the economy will expand between 2.5 percent and 3 percent next year.

“You’re going to get less disruption from Congress,” said Paul Ashworth, chief U.S. economist at Capital Economics. “The grown-ups will take control of the situation again.”

However, Americans plucked from their savings to finance those purchases. The personal savings rate dipped to 4.8 percent in October after reaching more than 5 percent the previous month. Incomes also dropped slightly, though that may have reversed in November.

Consumers are also feeling better about the economy. Consumer sentiment in early December jumped 7.4 points as measured by an index from the University of Michigan and Thomson Reuters. The index had fallen in October.

“The memory of the government shutdown has faded,” said Chris G. Christopher Jr., director of consumer economics for IHS Global Insight. “Most Americans seem to be looking ahead with renewed optimism.”

Investors also seemed to welcome the news. The major stock market indexes were up about 1 percent Friday morning and into early afternoon.