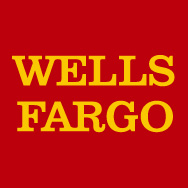 Small business optimism is the highest it has been since third quarter 2008, according to the latest Wells Fargo/Gallup Small Business Index conducted July 22-26.

The Wells Fargo/Gallup Small Business Index improved 9 points since second quarter and 36 points since the fourth quarter of 2012, to a positive 25 (+25). A major driver of this improvement is business owner optimism around availability of credit now and in the future. While it’s well below pre-recession levels, the Index score is the highest it has been in five years. In August, the Index marks its 10(th) anniversary of measuring U.S. small business owner perceptions of the economy and business impact.

«For 10 years, the Small Business Index has taken the pulse of small business owners in America,» said Doug Case, Wells Fargo small business segment manager. «The survey has shown a slow and uneven recovery for small businesses, and this quarter we continue to see business owners express cautious optimism as economic trends improve, such as a strengthening housing market.»

— Q1 2009: Index drops 14 points and falls into negative territory (-4) for
the first time in the survey’s history in the midst of the recession.

About the Small Business Index

Since August 2003, the Wells Fargo/Gallup Small Business Index has surveyed small business owners on current and future perceptions of their business financial situation. The Index consists of two dimensions: 1) Owners’ ratings of the current situation of their businesses and, 2) Owners’ ratings of how they expect their businesses to perform over the next 12 months. Results are based on telephone interviews with 602 small business owners in all 50 United States conducted July 22-26, 2013. The overall Small Business Index is computed using a formula that scores and sums the answers to 12 questions — six about the present situation and six about the future. An Index score of zero indicates that small business owners, as a group, are neutral — neither optimistic nor pessimistic — about their companies’ situations. The overall Index can range from -400 (the most negative score possible) to +400 (the most positive score possible), but in practice spans a much more limited range. The margin of sampling error is +/- four percentage points.

Wells Fargo & Company (NYSE: WFC) is a nationwide, diversified, community-based financial services company with $1.4 trillion in assets. Founded in 1852 and headquartered in San Francisco, Wells Fargo provides banking, insurance, investments, mortgage, and consumer and commercial finance through more than 9,000 stores, 12,000 ATMs, and the Internet (wellsfargo.com), and has offices in more than 35 countries to support the bank’s customers who conduct business in the global economy. With more than 270,000 team members, Wells Fargo serves one in three households in the United States. Wells Fargo & Company was ranked No. 25 on Fortune’s 2013 rankings of America’s largest corporations. Wells Fargo’s vision is to satisfy all our customers’ financial needs and help them succeed financially. Wells Fargo perspectives are also available at blog.wellsfargo.com.

Wells Fargo loans more money to America’s small businesses than any other bank (2002-2011 Community Reinvestment Act government data) and is a leading lender to women- and diverse-owned businesses. With the nation’s largest network of retail banking stores, and an award-winning online library of videos, articles and webcasts known as the Business Insight Series (www.wellsfargobusinessinsights.com), Wells Fargo provides business owners with timely advice and information to educate and help them succeed financially. For more information, or to speak with a Wells Fargo banker, visit wellsfargo.com/biz or call the National Business Banking Center at 1-800-CALL-WELLS.

For more than 70 years, Gallup has been a recognized leader in the measurement and analysis of people’s attitudes, opinions and behavior. While best known for the Gallup Poll, founded in 1935, Gallup’s current activities consist largely of providing marketing and management research, advisory services and education to the world’s largest corporations and institutions.

Negociosenflorida was not involved in the creation of this content.